Posted by Manifesting Maria on November 2, 2018 in I Hustle |5 Comments

Photo by Richard Felix on Unsplash

I was on a Facebook group thread the other day and someone was calling out to make more “high vibe friends, no politics.”

Why else do we twist ourselves up, chase down our demons, heal from trauma and challenge the self limiting stories that we tell ourselves so that we can become our best selves, if not to use our light to positively impact the world and people around us? Everything in life is affected by political decisions. Choosing to be absent from politics is another self limiting story of powerlessness that we can choose to rewrite.

In 2008, I was what I now laughingly call a “couch potato political critic”. I sat in my living room, on the couch, agonizing over the headlines.

I couldn’t understand, “Why can’t politicians just do what was so clearly RIGHT?” But I also knew that alone…..my voice didn’t count.

I found my personal political power by accident…..by  answering an ad in the paper. I was subsequently hired to work for a union and became immediately revitalized and energized because I became part of something bigger. I was now part of the power of millions of union members across the country and I knew that TOGETHER we had the power to make the world a better place.

Power is the ability to direct or influence the behavior of others or the course of events and there are only two things that manage that effectively: Money or People.

Money is self explanatory, if you have enough of it, you can get almost anything done.

What do you do when you don’t have money but you still want to do what ever you can to make a difference? You learn to leverage your personal power.

The five top things to consider:

Pick your battle(s): what are you going to stand up and fight for?

We can’t fight every battle (trust me, I try….it’s exhausting). Pick a couple of issues that make you angry. I mean really angry at the injustice of the whole situation, the kind of angry that turns into a cold, calculated fury. That passion will burn hot, deep and last for a long time and you’re gonna need that endurance to avoid burnout because lasting change usually takes strategic action over a prolonged length of time. “So…burn, baby, burn (just not outta control)!”

You can’t do anything alone. You gotta join or build a group of people that are working towards a common goal.

In order to have power, you need leverage. Without lotsa money… you need lotsa people. You need to be part of a movement of people that will back you, show up and take action to not only get the attention of the decision makers but make the decision makers aware that there will be consequences. The more people that you have, the more influence you wield and the more that people take notice.

Ask yourself, do you have any positional power that aids you in working towards your goal?

Do you wield any authority, perhaps in your job or community that can be utilized towards bringing attention towards making a difference? Perhaps your positional power isn’t a title but it’s the power of you and using your influence in your social circle both in real life and online.

What super power/skill/characteristic do you have that you can leverage to build support, relationships and advance your common cause?

Can the group that you joined use your specific skillset? You know, the kind of mojo that you are known for? Perhaps it’s drawing, being crazy organized, excel sheets, seeing the big picture, people skills, speech writing, making presentations….you get the idea. Tap into your inner magic and use it for the public good.

There are 6 different kinds of personal power as a leader, but each of us have power and can decide on how we wish to use it. The following three powers, are easily accessible to all, irregardless of position or societal standing.

Thinking about getting involved does nobody no good. You must take action. You’re not manifesting your personal power if it never makes it out into the world.

Do whatever you are moved to do but you can start by immersing yourself in your issue, becoming thoroughly knowledgable so that you understand and can articulate your support of your issue anytime it comes up. Share relevant articles on social media, be part of discussions that spread knowledge and awareness. Are there any local chapters that you can get involved in to spread awareness? Maybe you might have to start one. Can you create allies to support your cause? Are there state or national organizations that you can support and donate to? Do you vote for politicians that support your causes?

How will you leverage your personal power? 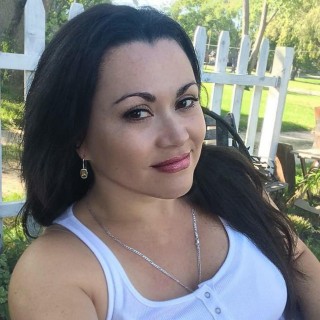